In yesterday's DPC: EU Season 2 Upper Division match, OG's carry 🇦🇺Anathan "ana" Pham bought Aeon Disk for Phantom Assasins. So, he became the first Esportsman to do this on the professional Dota 2. 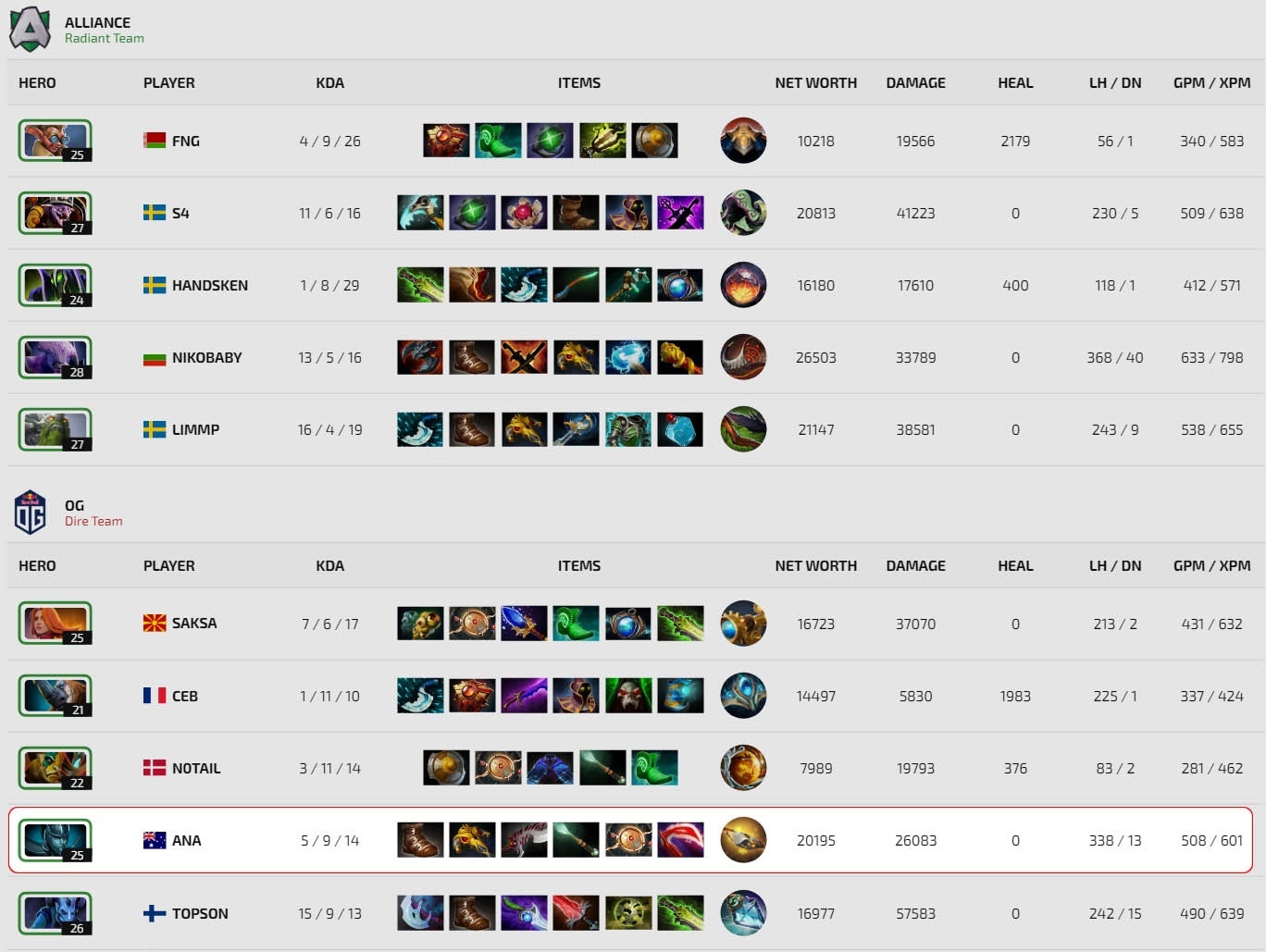 Aeon Disk appeared in the game at the end of 2017, with the 7.07 patch release. The item is mainly considered a defensive one and rarely bought for carry-heroes. Yesterday's experiment from 🇦🇺ana failed, the team lost that match. However, the first purchase of Aeon Disk for Phantom Assasins in the professional scene is now credited to him.

The main stage of the Regional League DPC: EU Seasons 2 came to an end. But even though the final results are known, we can still see tie-breaks.

European club OG posted that announcement of the returning of 🇦🇺Anathan "ana" Pham to the main roster had become one of the most popular posts in the club's history. The announcement alone reached 8.8M users and gathered 2,3M views across its international social media platforms.

The European team OG has announced a partnership with the car producer BMW. The Dota 2 team joined the BMW United In Rivalry family.