At the end of February, the first season of the Dota 2 Regional League in South America ended. The Esports competition caused unprecedented excitement and attracted a lot of local viewers. Peak views broadcasts even surpassed the ongoing LLA Apertura 2021, Regional League of Legends Championship. 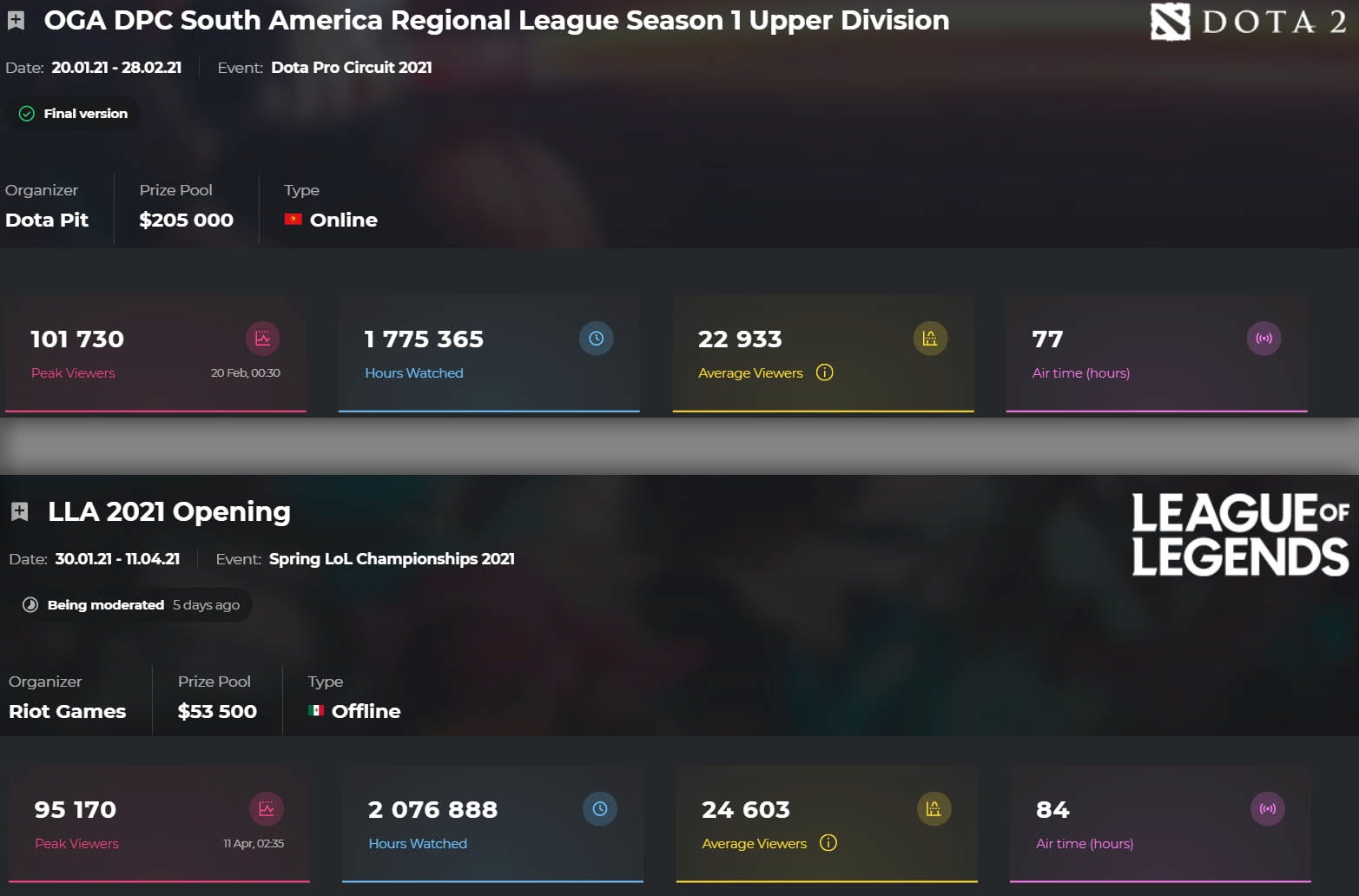 According to statistics collected by Esports Charts, the peak online viewers following the Dota 2 event during the match between beasctoast and NoPing exceeded 101,000 people. In turn, the most watched match of LLA Apertura, the grand final of the tournament, held between Furious Gaming and Infinity Esports, gathered only 95,000 people.

It's worth noting that in South America, League of Legends events had significantly more audiences over the past few years than Dota 2 ones. But the recent performance of Thunder Predator at One Esports Singapore Major 2021 could help the game to become more popular in this region.