At the Epic League Season 3, the final matches were held in the Upper and Lower Divisions today. Vikin.gg was the Upper Division's champion, and PuckChamp was the Lower's Division champion. 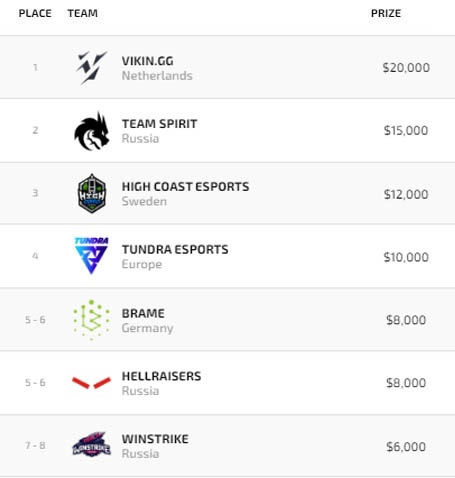 In the grand final, the European team Vikin.gg won a glorious victory over Team Spirit with a score of 3-1. The day before, the teams had already met in the upper bracket's final, but then Team Spirit was the winner. Vikin.gg earned $20,000 for the victory at the tournament. 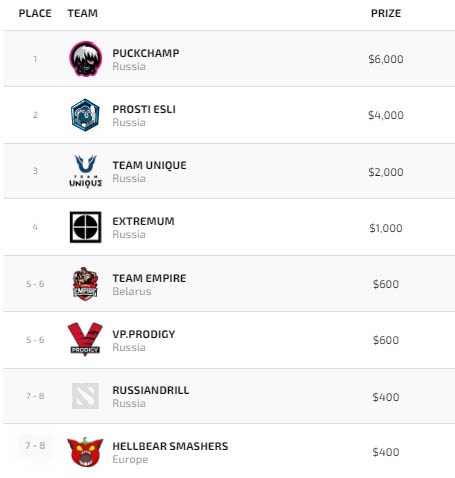 PuckChamp became the Lower Division's champion, beating Prosti Esli in the grand final with a score of 2-0. After a convincing victory, PuckChamp introduced its coach, who became Ivan "Artstyle" Antonov. Ivan commented after his team's victory:

Very satisfied. To be honest, I didn't really doubt this result.

Epic League Season 3 was online from March 2 to 21. At the group stage of the tournament, 16 teams played according to a Swiss system. After it, the best participants got to the Upper Division and the worst — to the Lower one. The total prize pool for both divisions was $100,000.

Russian team VP.Prodigy withdraws from EPIC League Season 3 due to a conflict between the schedules of the tournament and qualifiers for the second season of DPC: CIS.

The European team Hellbear Smashers withdraws from Epic League Season 3. The reasons for such a decision are unknown.

The group stage of Epic League Season 3 has ended. According to its results, the full list of participants of the Upper and Lower divisions' playoff stages became known.