Map between Elephant and RNG lasted 107 minutes. This is a new record for the current patch

The recent record for the longest map since patch 7.19 has been broken for the second time in one week. A few days ago, Galaxy Racer Esports and Motivate.Trust Gaming played 104:32 minutes during qualifiers for The International 10 in Southeast Asia. Today at qualifiers in China, Elephant and RNG played a 107:20 minute map. 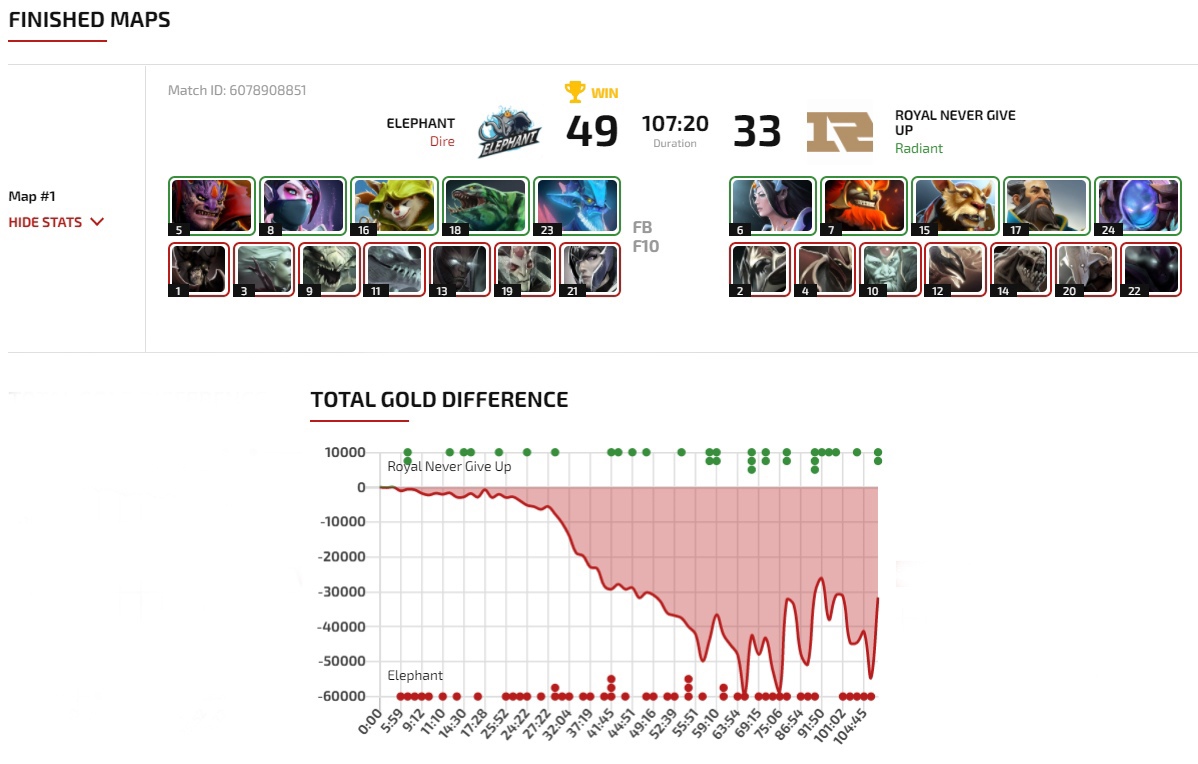 This map was the longest in the current patch and also the longest since patch 7.19, which came out in the summer of 2018. In the history of the competitive Dota 2 scene, this is the 15th longest map. 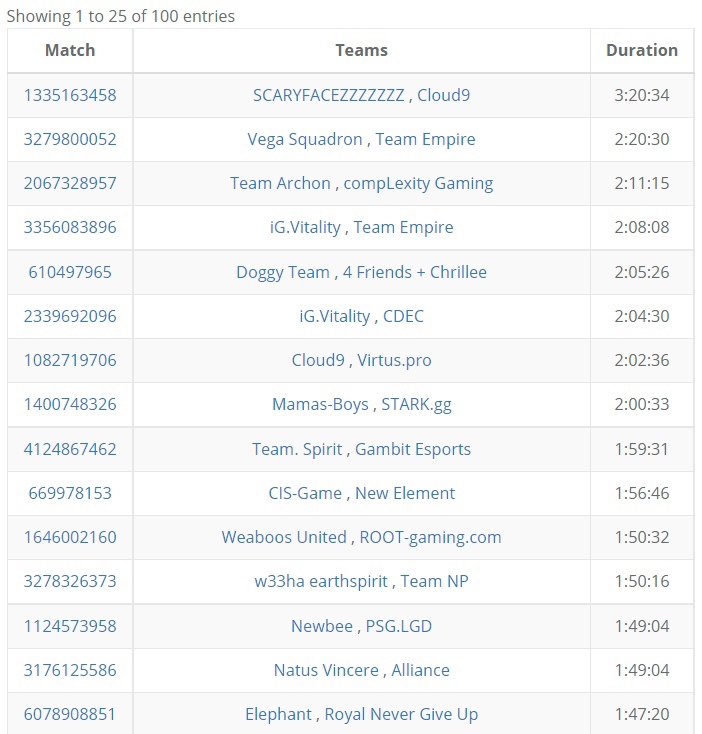 Qualifiers for The International 10 in China take place July 7-10. Twelve teams from the region are fighting for the sole ticket to the main tournament of the year.

PSG.LGD member Wang "Ame" Chunyu finished without kills or assists for the first time in 6 years. He had one scoreless match at The Summit 5 before that.

After the third day of the PGL Arlington Major 2022 playoffs, all the participants who receive direct invitations to The International 11 are known. The latest teams are the Outsiders and Evil Geniuses.