A weekly update of the world ranking of professional Dota 2 teams has appeared on our website. There are several significant changes in the top-10 due to the completed OGA Dota Pit Invitational and several smaller tournaments. 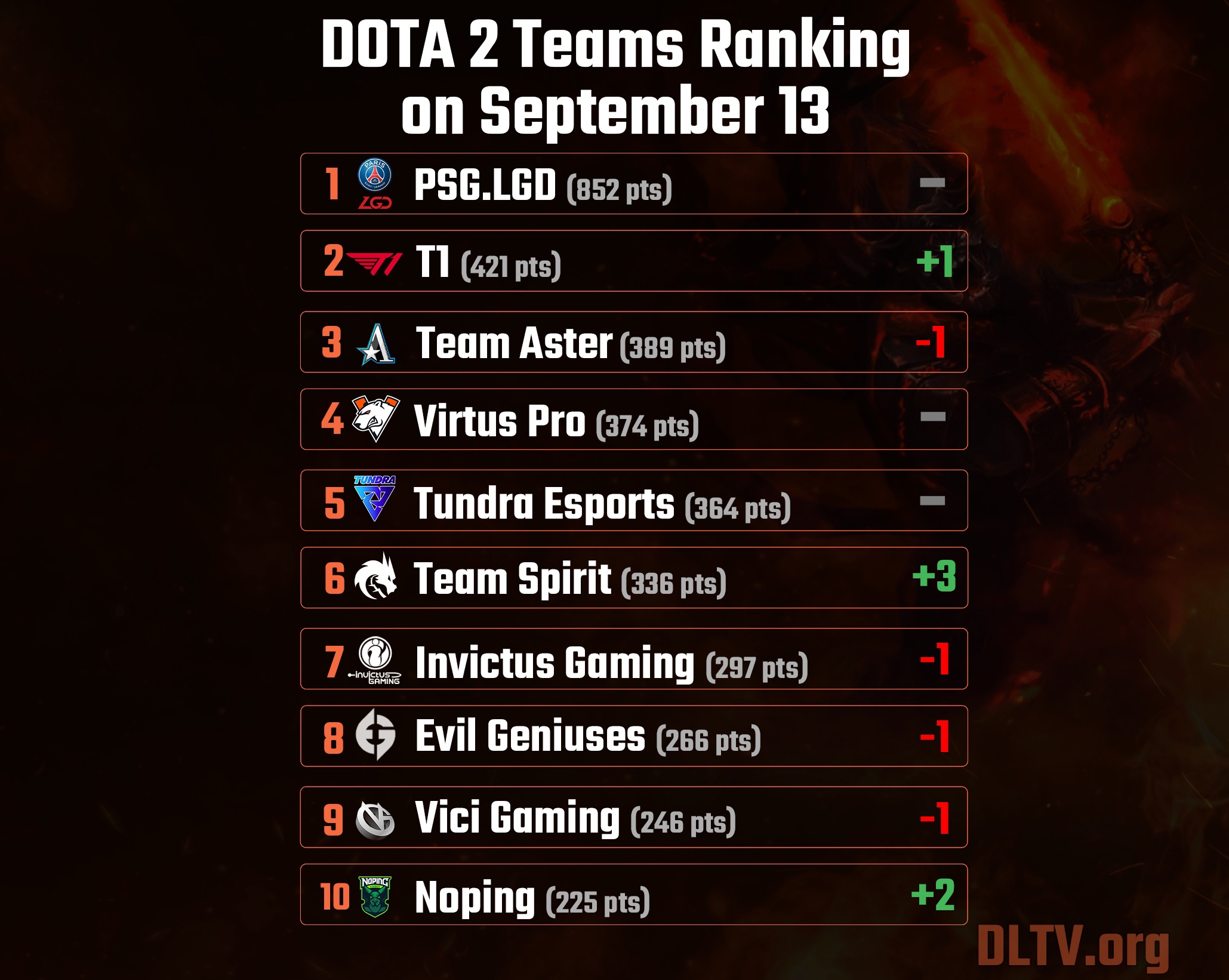 For the third week in a row, Team Aster and T1 have swapped for the second position in the world ranking. This time, Team T1 regained the position by finishing 4th at OGA Dota Pit Invitational.

The silver medalist of OGA Dota Pit Invitational, Team Spirit, has also significantly improved its ranking. The team is now in the 6th position. If they could win the tournament, we would likely have seen them in the top-5.

The following change in the top-10 is related to NoPing Esports from South America. Many wins over the last week combined with second place at Movistar Liga Pro Gaming Season 10 have given them a significant increase in points. Due to this, the team is now in the 10th position in the ranking.

Another point worth noting is the return of BOOM Esports to the ranking. The team signed 3 former players from OB Esports x Neon and inherited their points.

That, of course, is not all of the changes of the past week. You can read the complete list — World Professional Team Ranking. No major changes are expected next week, as no major tournaments are ending.

Last week, on September 18, a tournament in Saudi Arabia called the Saudi Esports Federation Cup Season 1 came to an end. It featured several players from Europe and the CIS and had a prize pool of $760,000. It was the biggest prize pool at official Dota 2 tournaments since DreamLeague 13: The Leipzig Major ($1,000,000) ended in January 2020.

There's not much time left before The International 10, and teams have already started training. Read about a few players who are training interesting non-meta heroes right now.