The current roster of the North American team Quincy Crew has achieved the highest Win Rate of any team in the history of the competitive Dota 2. The team won 168 out of 214 maps, and its Win Rate is 78.5%. 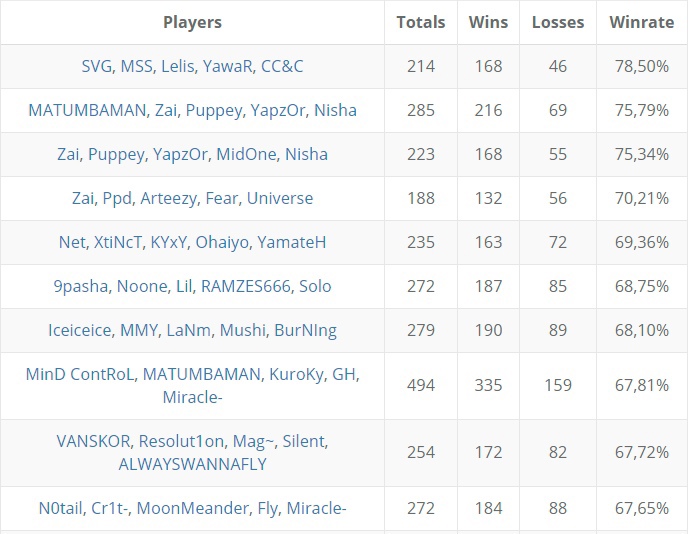 Team Secret is on the second and third places on the list: first, the current roster with a Win Rate of 75.79%, followed by the old roster, in which 🇲🇾Yeik "MidOne" Nai Zheng played instead of 🇫🇮Lasse Aukusti "MATUMBAMAN" Urpalainen.

It's necessary to understand that when forming this list, the statistics include the results of those matches in which the teams played with a regular roster, without substitutions. It means that the poor results of the Quincy Crew at One Esports Singapore Major 2021, where the team had substitution, are not taken into account here.

Manager of the North American team Quincy Crew, Jack "KBBQ" Chen, said that 🇧🇦Milan "MiLAN" Kozomara would not help the team at ONE Esports Singapore Major 2021.

The manager of the North American team Quincy Crew, Jack "KBBQ" Chen, said that 🇧🇦Milan "MiLAN" Kozomara would go to ONE Esports Singapore Major 2021 with them.