Chinese Esports club 🇨🇳Vici Gaming has unveiled the full Dota 2 roster for the upcoming DPC season. In addition to the announced in the morning 🇨🇳eLeVeN's transfer, 🇹🇭Nuengnara "23savage" Teeramahanon joined the roster, but he won't play until the end of October. 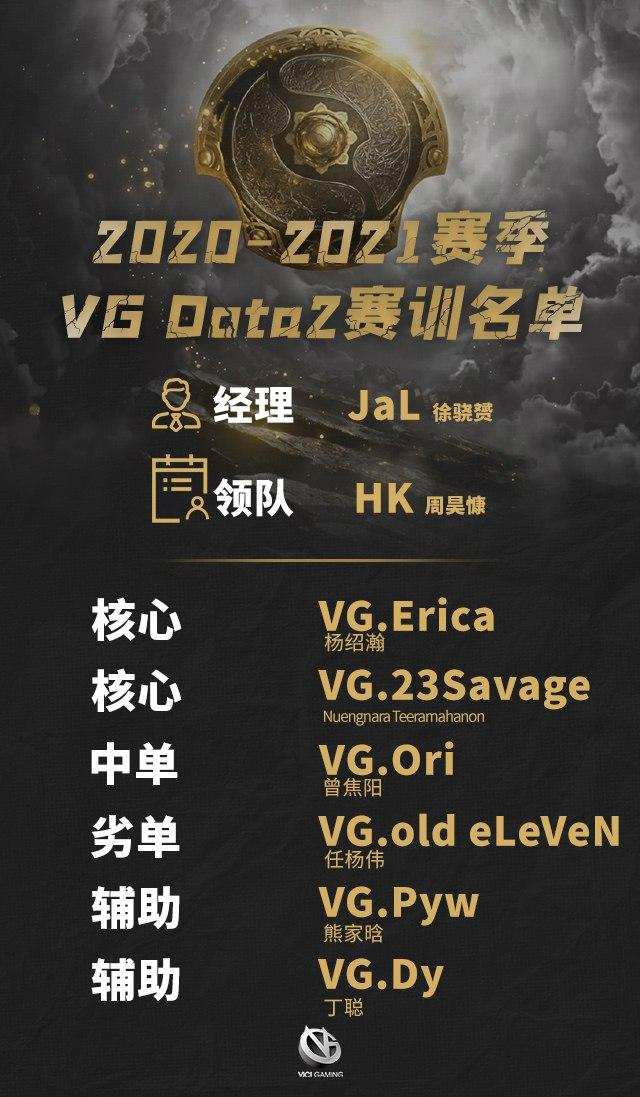 According to the announcement, the team will have 6 players because 🇹🇭23savage cannot arrive in China. Until November, he will be replaced by the former carry of 🇨🇳Keen Gaming - 🇨🇳Yang "Erica" Shaohan.

In 2 days, the major tournament, China Dota2 Pro Cup Season 1, will begin, where 🇨🇳Vici Gaming will play with the updated roster. The team's first match will take place on September 18, where 🇨🇳Royal Never Give Up will be its enemy.

Interestingly, the rumor appeared in August about the 🇨🇳Zhang "Eurus" Chengjun leaving was confirmed. According to him, the player will continue his career in 🇨🇳4AM.