Arcane Blink is the most unpopular item in the Blink series

Reddit users have noticed that Arcane Blink is the most unpopular item in the Blink series. We can say that players on Shadow Fiend only use it.

Last week, Shadow Fiend players made the most Arcane Blink purchases, around 153,000. The win rate was 60.21%. Zeus follows him with a wide margin. Players on Zeus collected the item only 9.5 thousand times, but the win rate exceeded 69%. 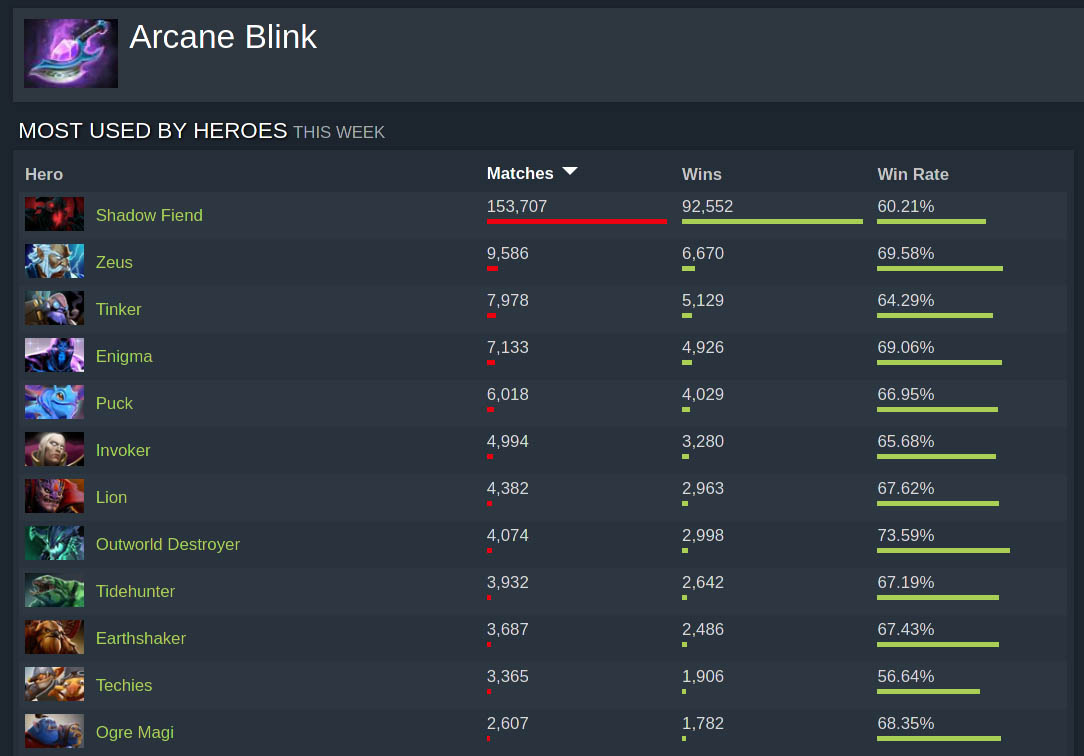 Arcane Blink was added to the Dota 2 client along with the release of patch 7.28. Later, with patch 7.30, the item was boosted: the reduction of ability cooldown was increased from 25% to 30%.

We have prepared a new update on the Dota 2 professional team ranking. This time, there are a lot of changes due to the end of the DPC Regional Leagues Winter Season and Intel World Open Beijing.

Before the start of the Dota 2 Champions League Season 7, Epic Esports Events made several changes to the list of participants. Virtus Pro and AS Monaco Gambit skip the tournament, while Mind Games and IVY play instead.

Esports organization Gambit Esports has announced that they moved the entire AS Monaco Gambit roster into inactivity. The organization promised to reveal the future of the team soon.