According to the Esports Observer ranking in Q1 2021, Dota 2 was 8th among the most impactful Esports disciplines. 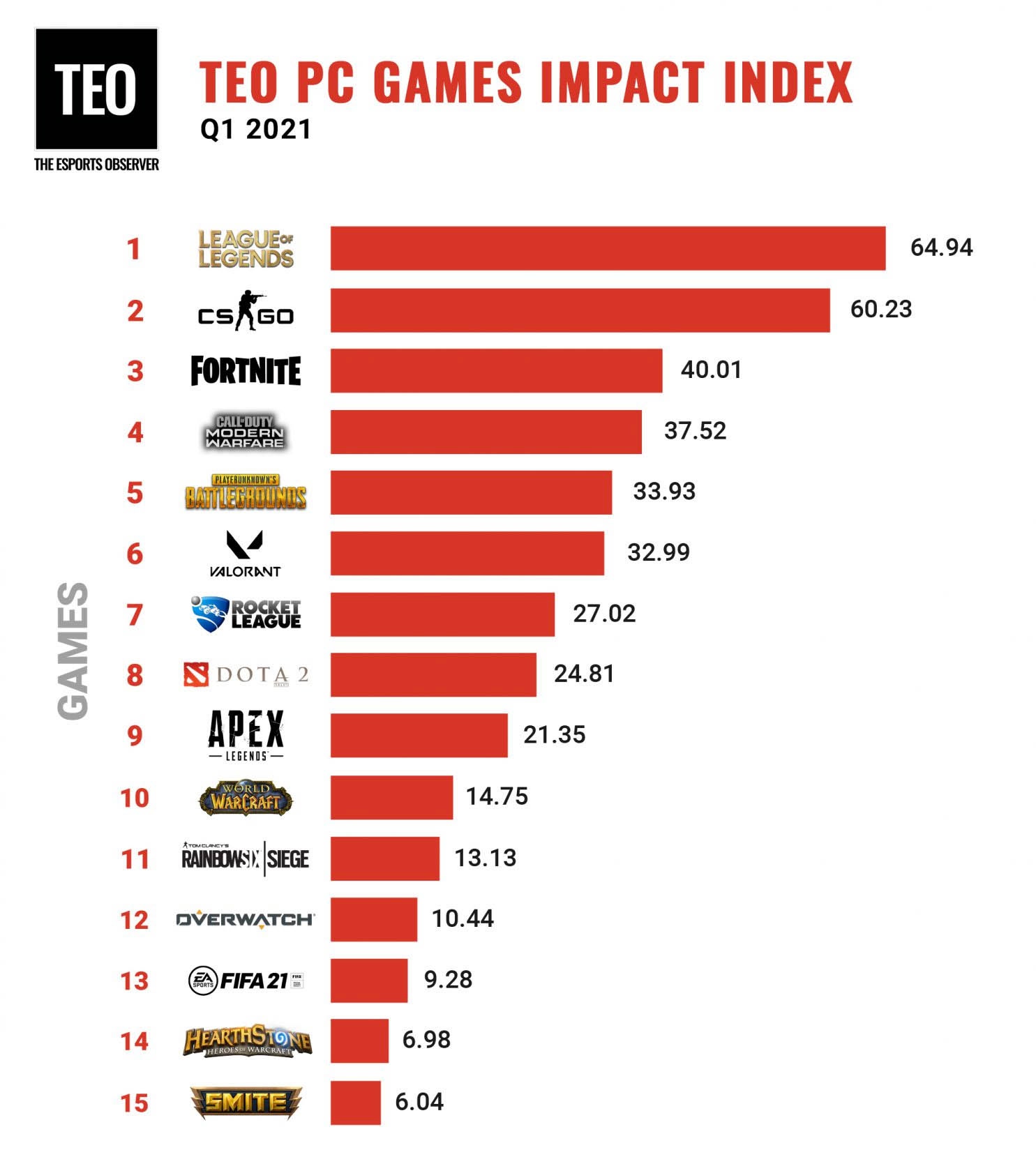 Last year, Dota 2 ranked higher and took 4-5 place. Despite the worse position, the average index remained at the level of the previous year. The loss of the positions was caused by the more active development of discipline-contestants, some of which have already held LAN tournaments with multi-million dollar prize money.

The second quarter for Dota 2 should be more successful. Most of the past One Esports Singapore Major 2021 was held in April, which was already the second quarter. Also, the second Major of the DPC system is scheduled for June.