Nisha set the GPM record among all players on Puck

On the first map of the game against Vici Gaming at WePlay AniMajor, Team Secret's player 🇵🇱Michał "Nisha" Jankowski set a GPM record among all players on Puck. The map lasted 62 minutes, and his GPM was 1,010. 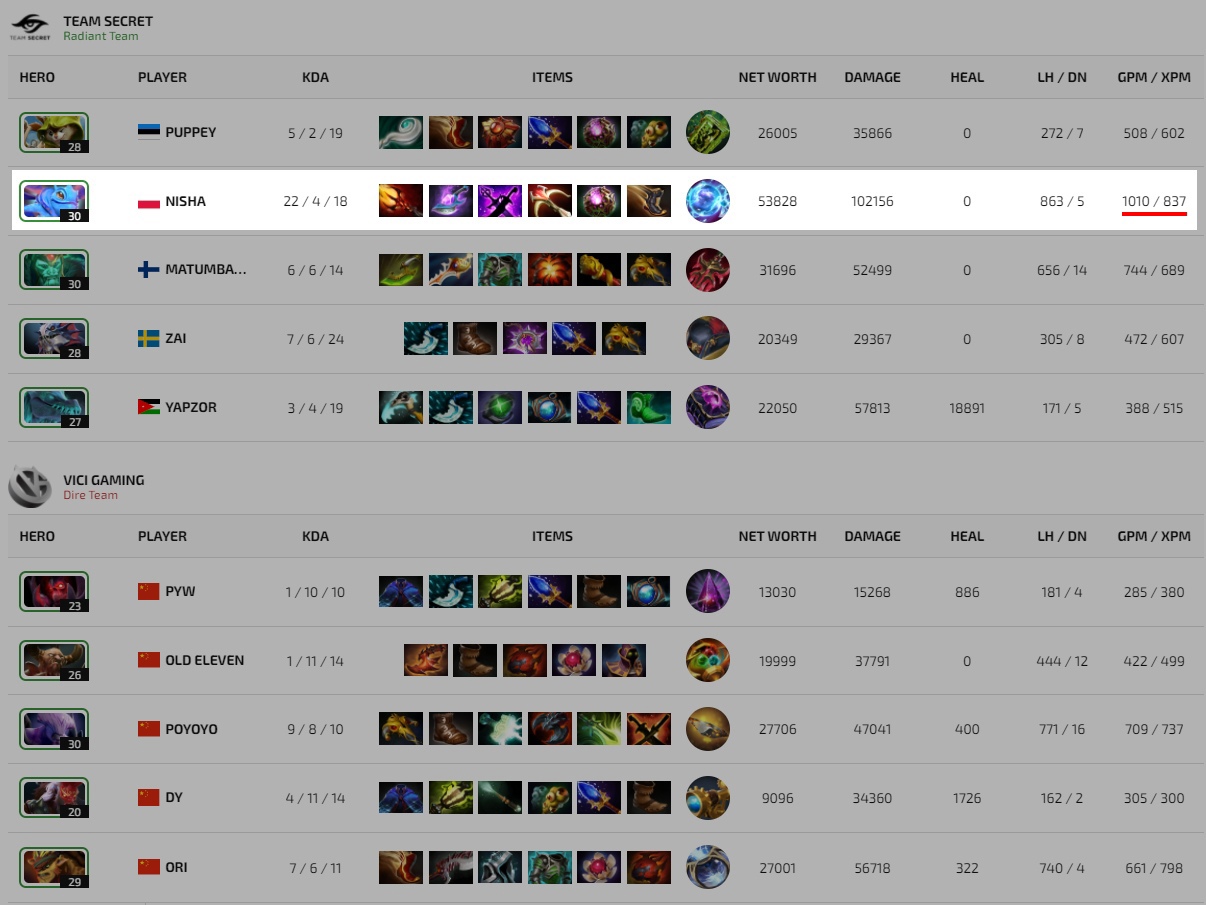 🇵🇱Nisha also ranked in the Top-45 players with a GPM above 1,000 among all heroes, except for Alchemist. This top includes 45 Esportsmen who achieved the same result on one of 16 different heroes.

After the first gaming day of WePlay AniMajor Wild Card Stage, Team Secret is going 2-2 on maps and is in 5th place. The second Major of the season takes place June 2-13 in Kyiv on LAN, where the strongest teams from all over the world fight for the prize of $500,000 and 2,700 DPC points.

Today, all Chinese teams participating in WePlay AniMajor reported that they returned home. Each club posted a message on their social media.

Today's match at The International 10 CIS Qualifiers, between B8 and NoTechies, will be checked for 322 by the Esports Integrity Commission (ESIC). The appeal came from several betting companies.