The member of the Brazilian team NoPing e-sports ??Jose Leonardo "Panda" Padilla Hernandez was at the center of the racist scandal. The player insulted a member of Black N Yellow ??Andrew "Jubei" Evelyn in the matchmaking. 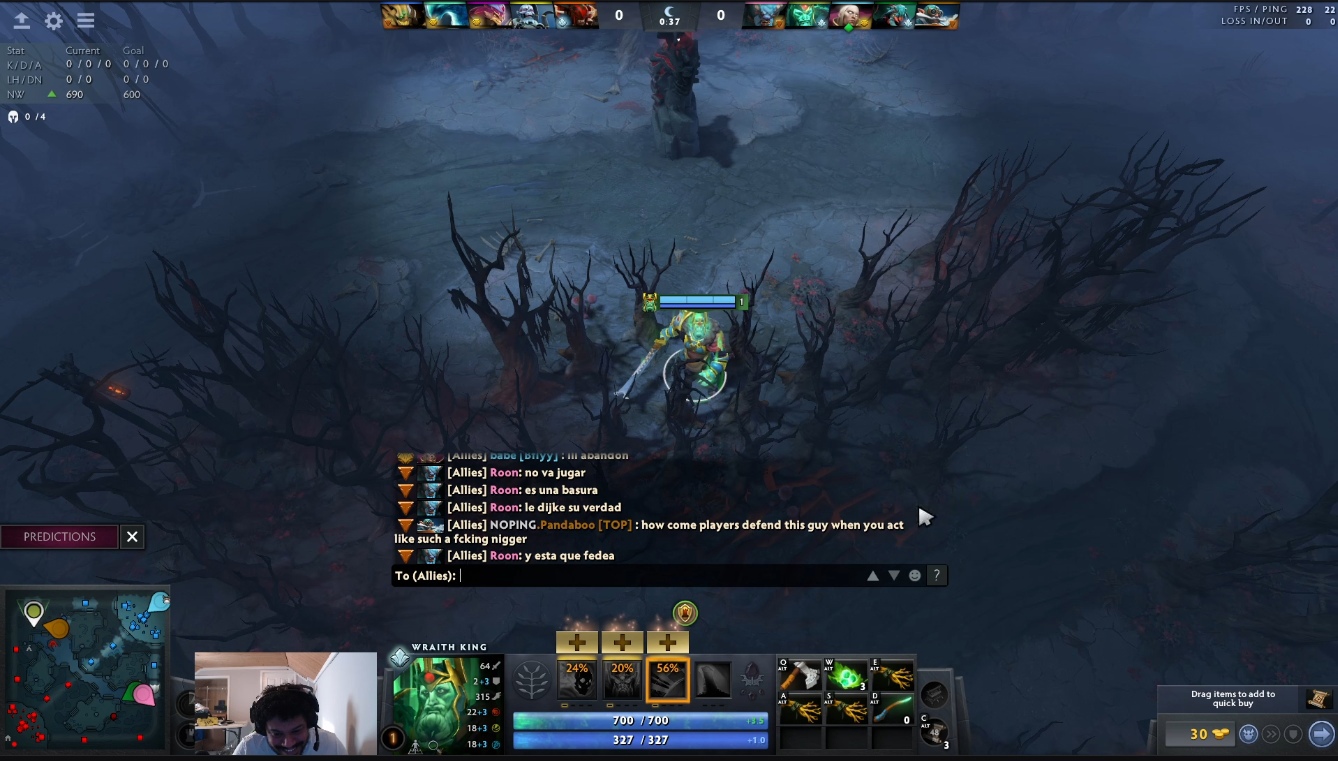 Club Manager, ??Leonardo "Manulli" Manulli, apologized from the face of the whole organization:

On behalf of the NoPing team and company, I'd like to say that we disagree with the behaviour of Panda. Although he is deeply ashamed and sorry for what he did, it doesn't change the fact that we were badly surprised by what happened and spent the rest of the night talking with him and the whole team. Panda is banned from participating in BTS Pro Series Season 5. Until the end of the group stage, I will play for a team as a stand-in.

The team participates in BTS Pro Series 5. ??Panda will miss the remaining part of the tournament, while the club manager, ??Manulli, will take his place. At the moment, Beyond The Summit hasn't made the official statement yet.

The NoPing team from South America has announced the disbandment of the roster. The previous roster was assembled in November 2021. This information appeared on the club's social media.

The main stage of the Regional League DPC: SA Season 2 has come to an end. The participants in WePlay AniMajor from the region and teams that leave the Upper Division for the next season have become known.

The final match of the DPC: SA Regional League took place between NoPing Esports and beastcoast recently. The result of this meeting decided the fate of tickets to the Major and possible tie-break between beastcoast and Thunder Predator.