Yesterday ESL One Stockholm 2022 ended, and today we prepared an update on the World Professional Team Ranking. Even though we have the Major's champion, the ranking's leader hasn't changed. 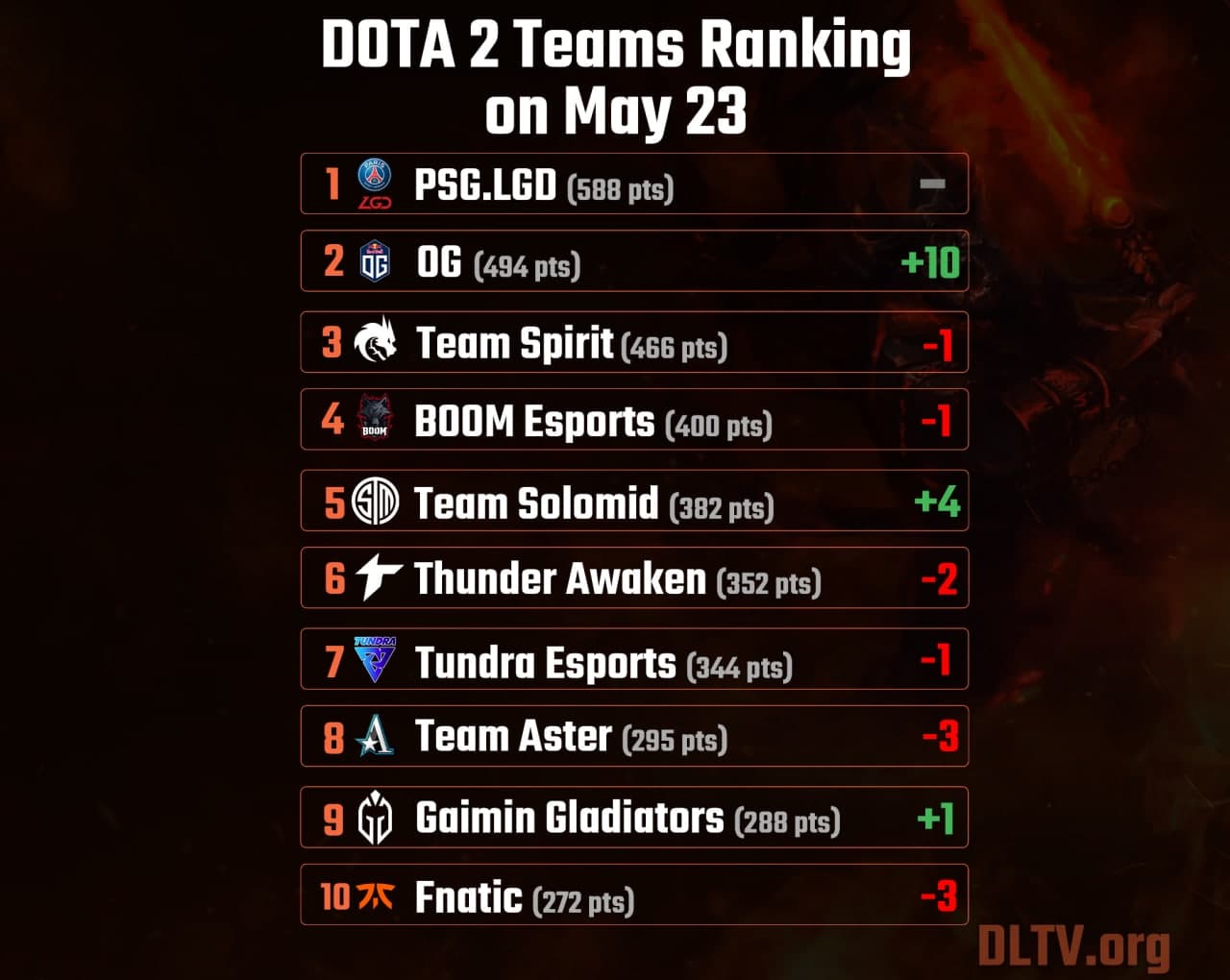 European team OG, who won ESL One Stockholm 2022, couldn't displace PSG.LGD, the world ranking leader. Almost 100 points separate the teams. Despite this, it managed to beat the champion of The International 10, Team Spirit, which was previously in 2nd place.

Another participant of the Major's grand final, Team SoloMid, climbed to 5th place in the world ranking. It is only 18 points away from BOOM Esports with fourth place.

Many teams in the Top 15 lost their positions due to the results of ESL One Stockholm 2022. Team Aster, Fnatic, Xtreme Gaming, and Evil Geniuses were particularly affected.

Also, remember the DPC EEU Lower Division winners — One Move and Rune Eaters. The first inherited points from Gambit Esports because of the transfer of the roster under the new tag. And the latter jumped up 19 positions at once due to their high position in the tournament.

In the next 2 weeks, we expect qualifications for the DPC Summer Tour in all regions. The tour itself is scheduled for June 6 to July 17. Teams will compete for invitations to PGL Dota 2 Major Arlington.

After 3 competitive weeks of the DPC Summer Tour, Magnus has the worst win rate among all regions: it is 20% for 5 games. The rest of the heroes are:

Esports organization Team Empire has introduced a new Dota 2 carry to the roster — 🇺🇦Maxim "7jesu" Senchinevich, who played for Mind Games. The information appeared on the club's social media.

Esports analyst Ben "Noxville" Steenhuisen has presented a list of the most successful Lvl 1 Neutral items based on win rates on the professional Dota 2 scene in Patch 7.31.