The Wild Card stage of WePlay AniMajor has ended, and the group stage will start in a few hours. In the meantime, let's take a look at the general statistics of the first stage.

The Wild Card stage featured 6 teams: Vici Gaming, Execration, Nigma, Team Secret, AS Monaco Gambit and Invictus Gaming. They all were seeded in the one group, where they played according to a Round Robin system with BO2 matches. Based on the stage results, Vici Gaming and Nigma were the strongest and advanced to the next stage.

A total of 31 maps were played, one of which was a tie-break between Nigma and Invictus Gaming. The average duration of a map in the tournament was 35:01, which is almost equal to the average duration in the current meta. Interestingly, teams with a last-pick won only 35.71% of the time. 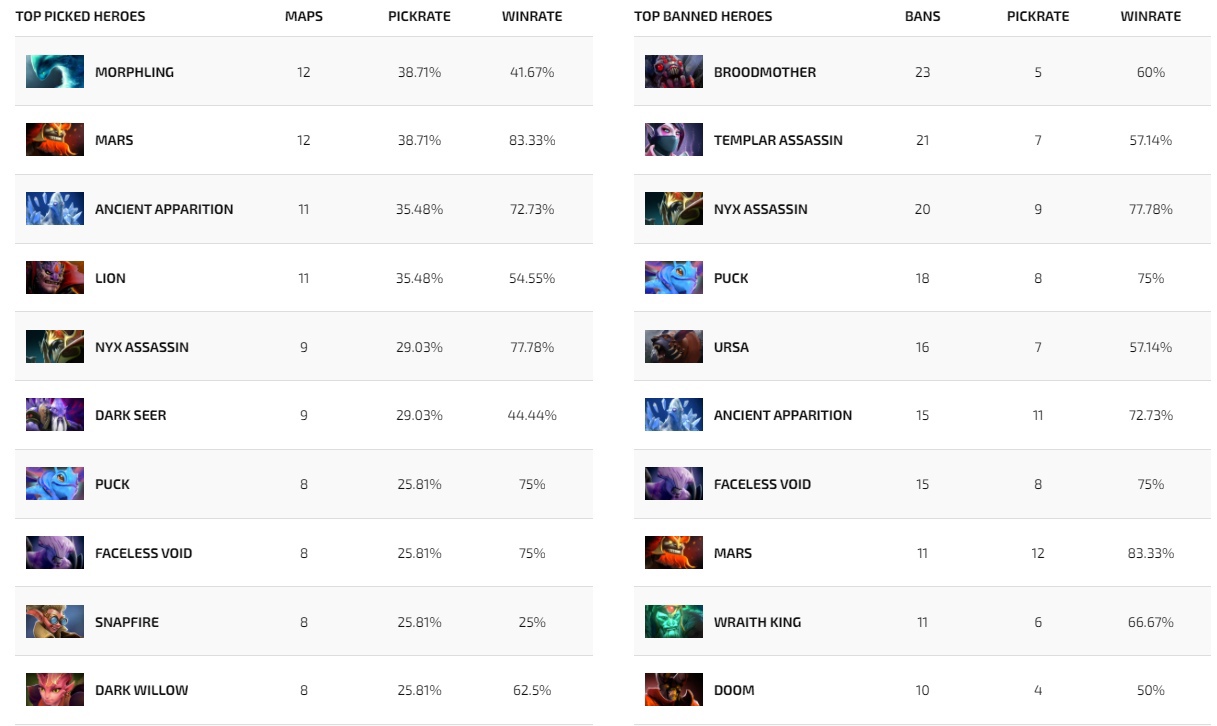 WePlay AniMajor is taking place in Kyiv from June 2 to June 13. At the tournament, 18 strongest teams from around the world are fighting for the title of champion, $500,000 and 2,700 DPC Points.

Today, all Chinese teams participating in WePlay AniMajor reported that they returned home. Each club posted a message on their social media.

Today's match at The International 10 CIS Qualifiers, between B8 and NoTechies, will be checked for 322 by the Esports Integrity Commission (ESIC). The appeal came from several betting companies.