Today, September 11, the Dota 2 client received the balance patch 7.30c. It added Dawnbreaker to Captain's Mode and changed some heroes and items. A complete list is available on the official Dota 2 website (patch 7.30c). In this article, we have collected the key changes.

One of the most popular supports since the release of patch 7.30 has been nerfed. This affected several attributes at once. Bane has been picked 111 times on the professional stage in this patch and has a win rate of 60.36%. 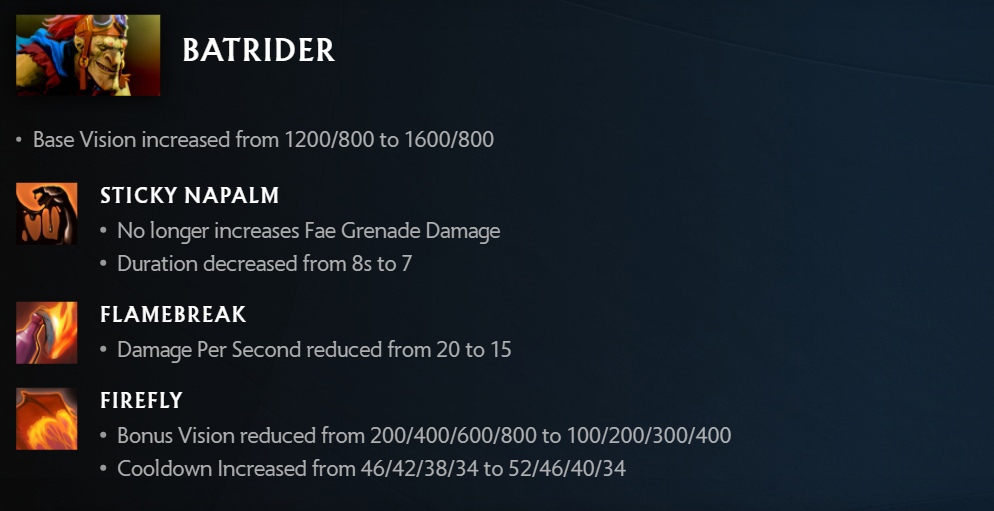 Another hero that received a significant nerf is Batrider. This mainly affects Firefly and Flamebreak. The first has an increased cooldown on the initial stats now, and the second has lost 25% of its original damage. Batrider is now one of the top-15 most popular heroes in patch 7.30 with 127 official maps. 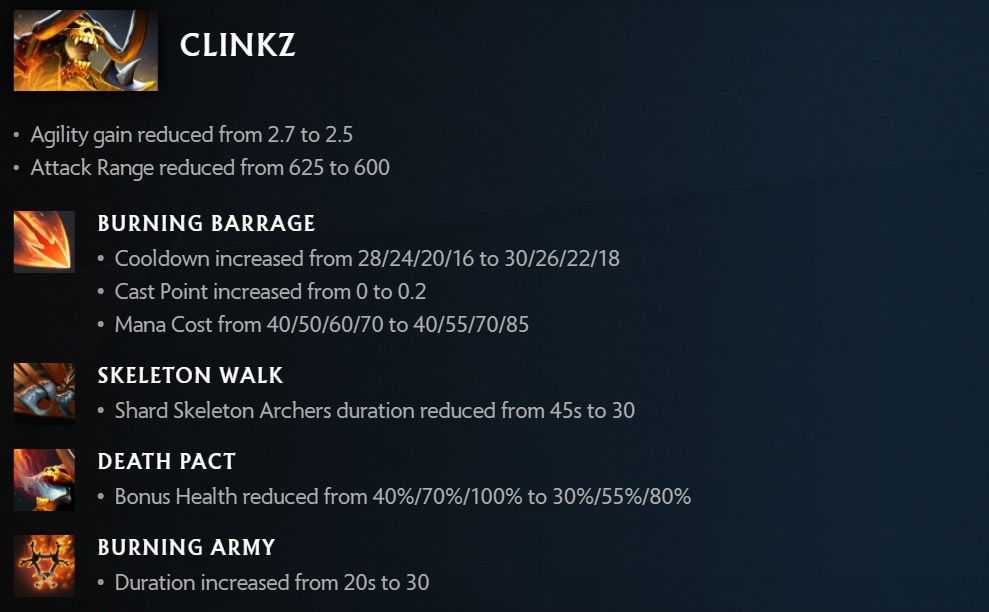 After the incredible enhancement of Clinkz in patch 7.30, it is time to weaken it. Patch 7.30c nerfed all of his abilities and base characteristics. He's currently one of the top-3 most popular carries, with 136 maps.

Keeper of the Light

The second on the list of the most popular patch 7.30 supports, Keeper of the Light, was naturally weakened. The balancing patch 7.30c affected the hero's main ability, Illuminate, and nerfed the Spirit Form. The character already has 151 official maps in his account and a win rate of 59.60%.

Last week, on September 18, a tournament in Saudi Arabia called the Saudi Esports Federation Cup Season 1 came to an end. It featured several players from Europe and the CIS and had a prize pool of $760,000. It was the biggest prize pool at official Dota 2 tournaments since DreamLeague 13: The Leipzig Major ($1,000,000) ended in January 2020.

There's not much time left before The International 10, and teams have already started training. Read about a few players who are training interesting non-meta heroes right now.