Team Liquid made the biggest gold comeback in Dota 2 history

There were two new records at The International 10 Qualifiers. In the match against Chicken Fighters, Team Liquid made the largest gold comeback per game and a single fight in the history of Dota 2. The information was shared by Esports analyst Ben "Noxville" Steenhuisen. 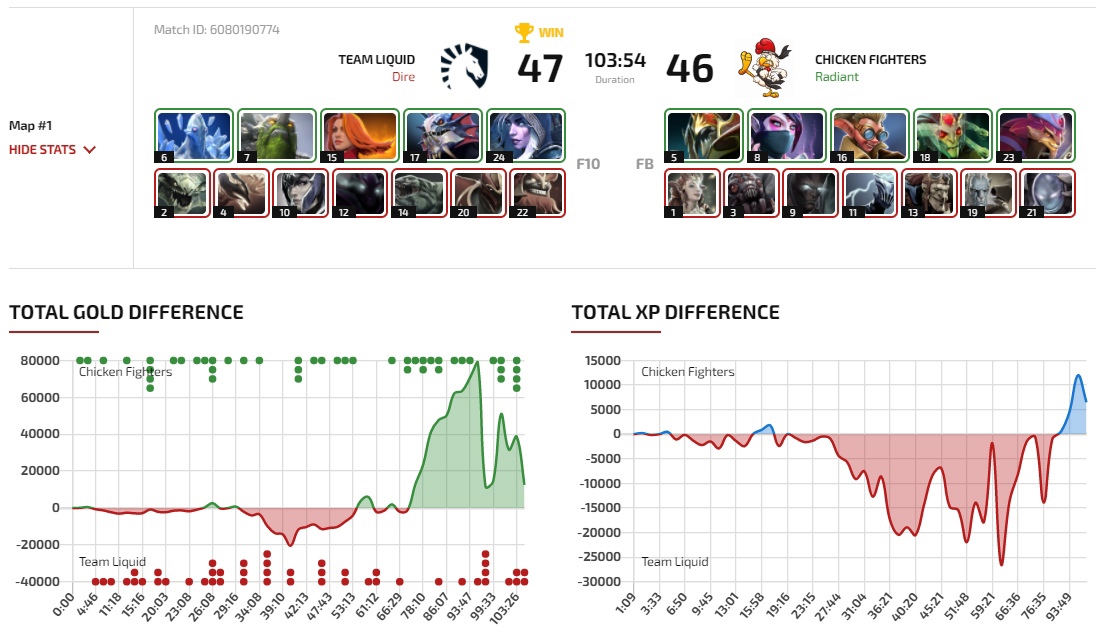 In the 96th minute, the gold advantage for Chicken Fighters was over 84,000. After the failed fight, it was down to 11,000. The final brawl that won Team Liquid took place in the 103rd minute: Ancient Apparition and Lina together could withstand the onslaught of the opponent's three heroes at their base.

European qualifiers for The International 10 take place online on July 7-10. The 14 strongest teams in the region fight for the sole slot to the main tournament of the year.

PSG.LGD member Wang "Ame" Chunyu finished without kills or assists for the first time in 6 years. He had one scoreless match at The Summit 5 before that.

After the third day of the PGL Arlington Major 2022 playoffs, all the participants who receive direct invitations to The International 11 are known. The latest teams are the Outsiders and Evil Geniuses.