The third day of the ONE Esports Singapore Major 2021 Playoffs has ended. Now, a couple of finalists of the Upper bracket have been determined, and two teams leave the tournament — Vici Gaming and Virtus Pro. They take 7-8 places, for which they receive $12,500 and 200 DPC points. 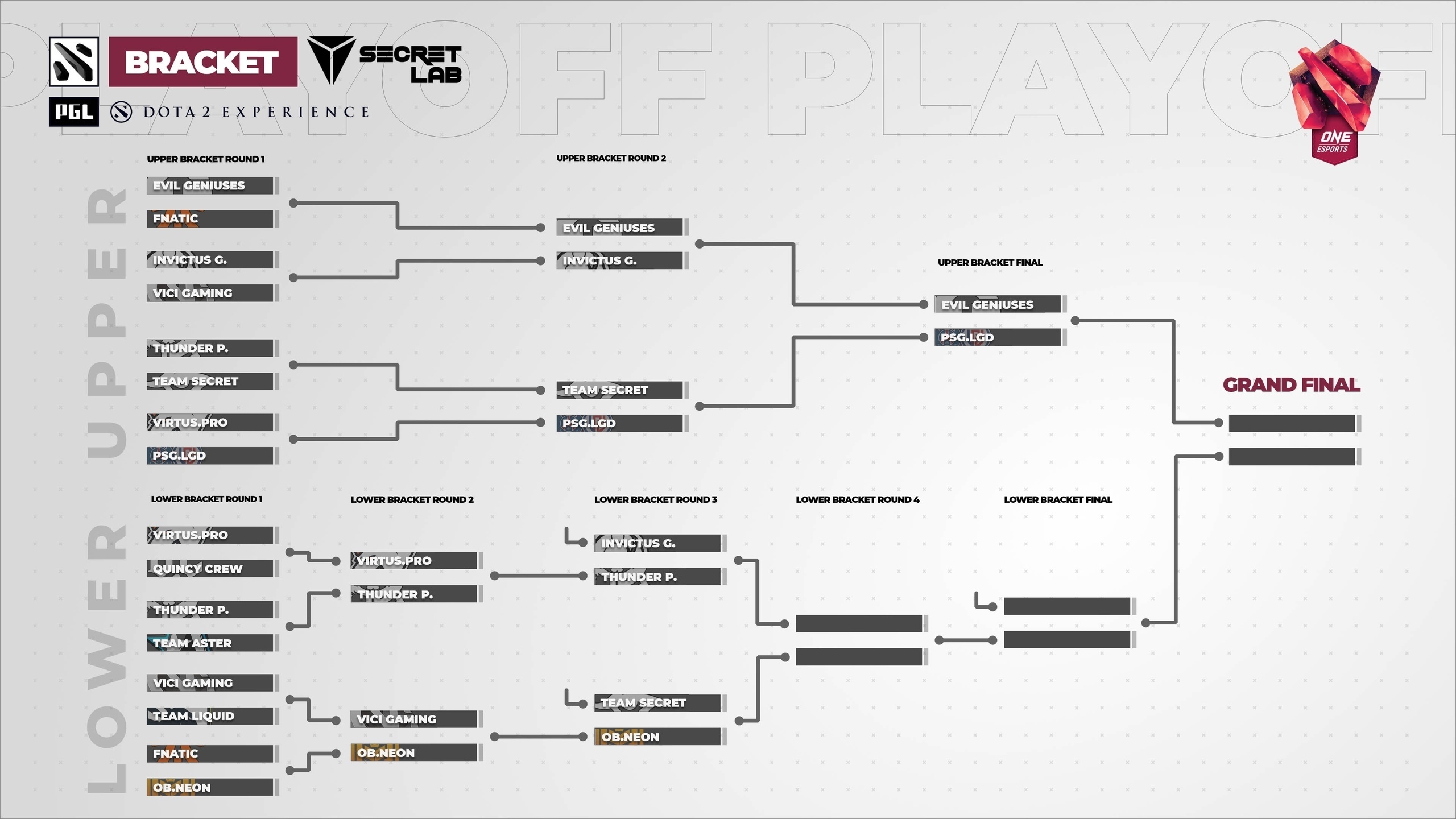 Before the start of the first semi-final of the Upper bracket, between Evil Geniuses and Invictus Gaming, analysts couldn't give preference to any of the teams. Their odds were equal.

During the meeting, Invictus Gaming didn't meet analysts' expectations and lost the series with a score of 2:0. Both maps lasted a little over 30 minutes, and in total, the Chinese team was able to make only 22 frags.

After the victory, Evil Geniuses advanced to the final of the Upper bracket.

The second semi-final of the Upper bracket also fell short of analysts' expectations. Before the match, Team Secret was considered the clear favorite. The odds for their victory were at 1.3.

All three maps Team Secret allowed opponents to take Monkey King. PSG.LGD willingly used this opportunity because it is the strongest hero of Ame over the past month, with a Win Rate of 93%. During the last map, the Chinese team surprised with the choice of Lycan for an offlane, which Faith_bian implemented 100%, finishing the map with 12 frags and no deaths.

Team Secret fell into the Lower bracket and risked not advancing it to the final at all.

The third surprise of the day was the victory of the South Asian team OB Esports x Neon that was considered clear outsiders before the match. For their victory, there were odds at the level of 3-4.

A huge credit in this victory belongs to the OB Esports x Neon mid laner. yopaj spent both maps won on Puck and made a total of 23 frags with one death.

After the victory, OB Esports x Neon move on, where Team Secret is already waiting for them.

The most exciting match of the day ended with an effortless victory for the Peruvian team. Before the match, analysts couldn't give preference to any of the teams.

Thunder Predator entirely dictated the match. The Peruvians seized the advantage from the very start and brought it to victory without any problems. Virtus Pro has never managed to beat its rival in gold for two maps.

Tomorrow Thunder Predator will face Invictus Gaming in the match to advance to the quarter-finals of the Lower bracket.

Midlaner of the Russian team Virtus pro, 🇷🇺Danil "gpk" Skutin, spent the last 5 maps without a single death. The Esportsman is close to repeating the previous record of eight years ago. The Esports analyst Ben "Noxville" Steenhuisen shared this information.

The Peruvian team beastcoast conducted an internal check on the fact of missing ONE Esports Singapore Major. The organization noted that StingeR violated the 10-day quarantine a few days before departure and contracted covid.