A little more than a month has passed since the new patch release, and 1049 maps have already been played on the professional Dota 2 scene. The teams managed to get comfortable with the patch and form a new meta, which we will try to figure out now.

General statistics for the 7.28 patch

Compared to the previous patch, in the current one, matches last about one and a half minutes longer, and the Radiant side has a more significant advantage. 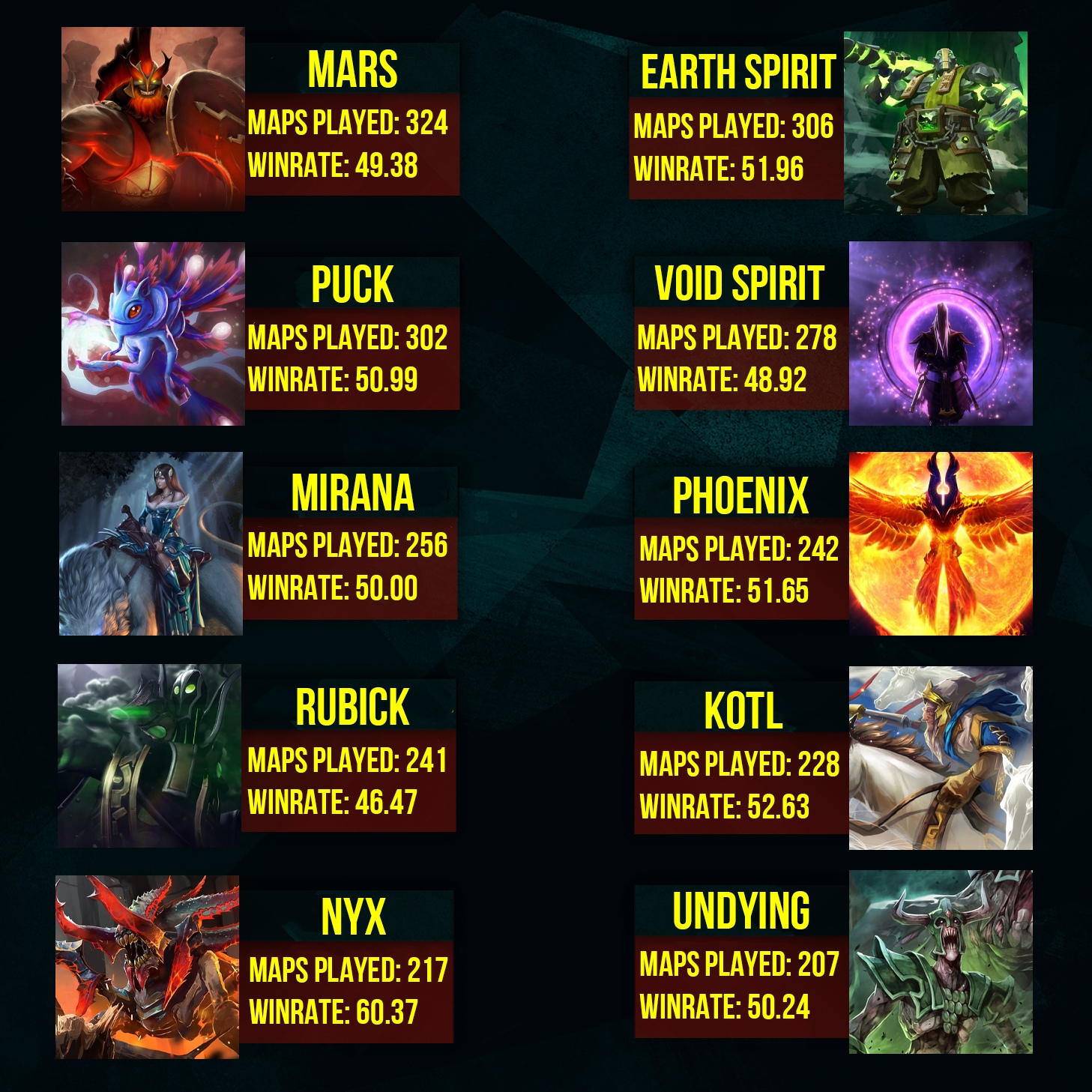 Mars is in the lead by a wide margin. This hero enters the pool in every third game, which is not surprising because the hero is universal and may well be both an offlaner and a midlaner, and even a support.

But the most interesting hero on this list is Nyx. As you can see, his Win Rate is 60%! In the 7.28 patch, the hero received two great buffs. First, the delay before Impale is reduced from 0.4 seconds to 0.3 seconds. It seems like there is nothing significant in this, but in fact, this fraction of a second doesn't allow you to react to the stun in time. Secondly, Aghanim's Shard, which increases movement in the ultimate by 40% and reduces the victim's magic resistance by 20%, gives its owner a significant advantage. 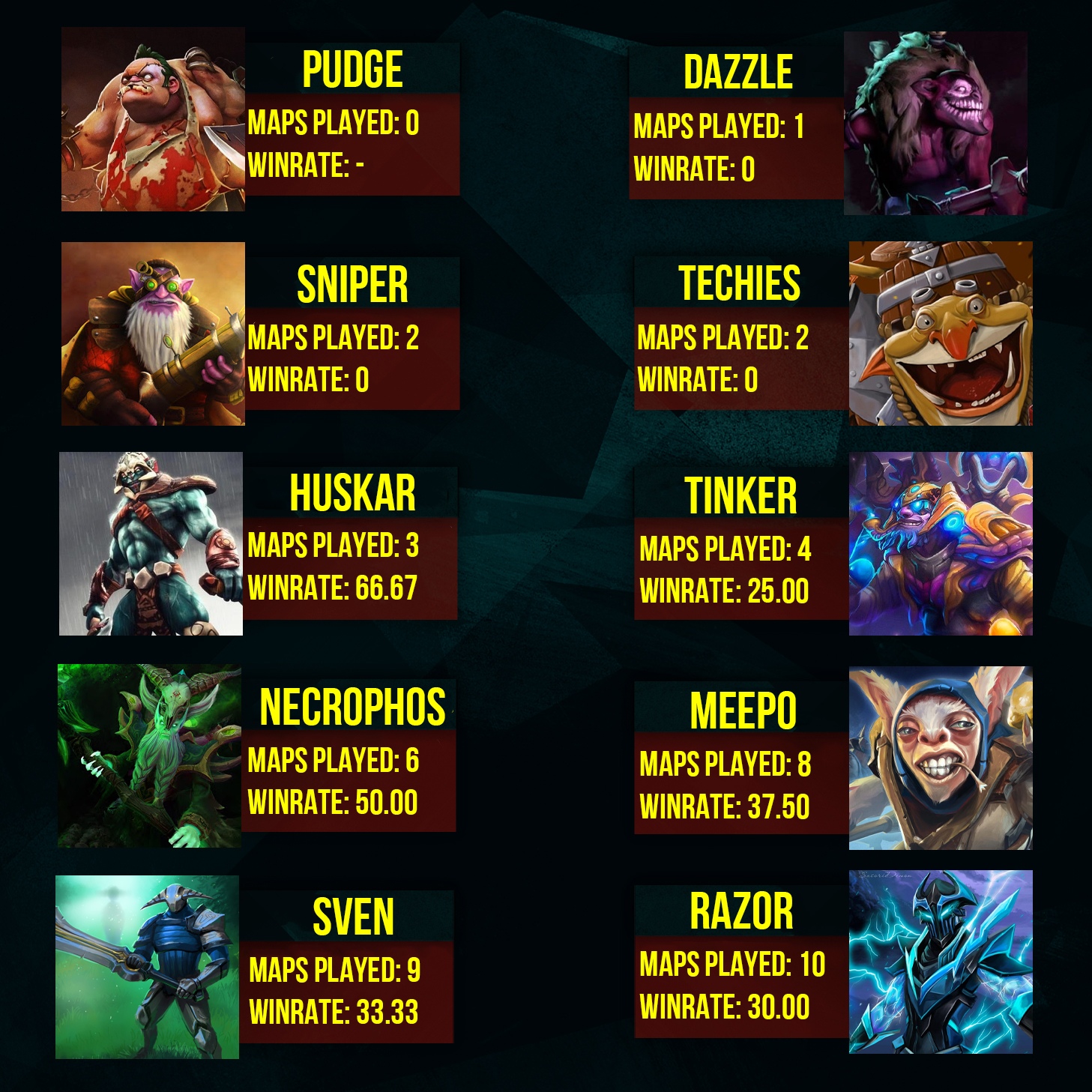 However, this time one of the most demanded carry heroes from the previous patch, Sven, was on this list. The teams tried to pick him only 9 times in official matches, and his Win Rate didn't exceed 33.33%. The 7.28 patch nerf completely discouraged teams from using this hero.

The North American mix S A D B O Y S has found a replacement for the departed players. 🇺🇸Zakari "Zfreek" Freedman and 🇺🇸Eric "Ryoya" Dong will play for the team. The updated roster will perform at BTS Pro Series Season 5.