AS Monaco Gambit go to the Major, while Team Empire loses a slot in the Upper Division 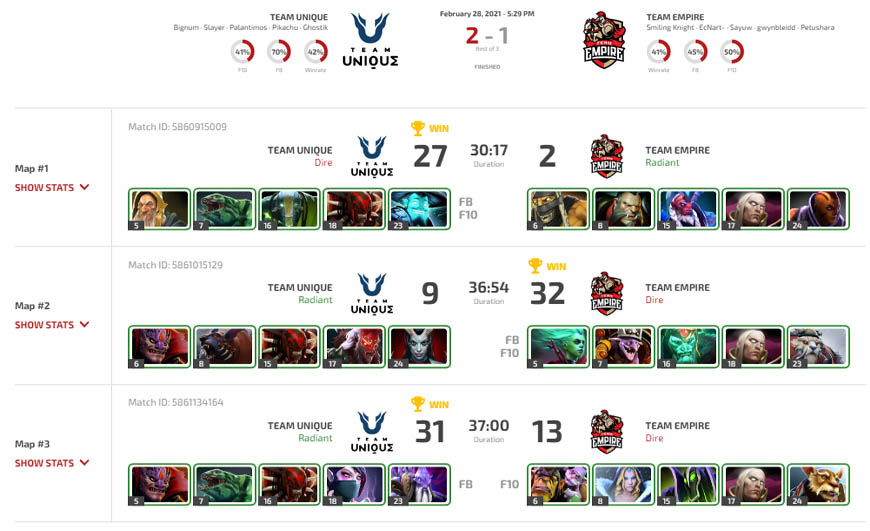 The gaming day began with a match between Team Unique and Team Empire. The teams finished the main stage of the league with a score of 2-5. In the extra round, they fought for 6th place and retention a slot in the Upper Division. The match ended with a 2:1 score in favor of Team Unique. 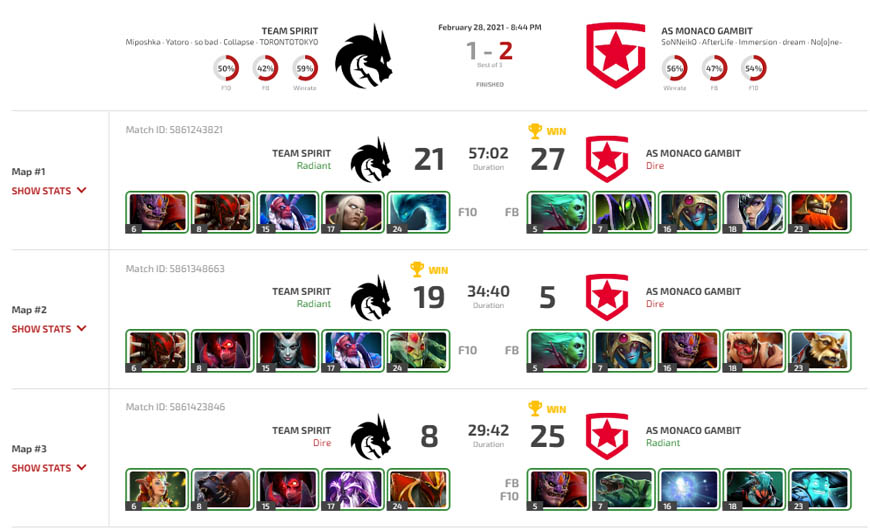 Both teams finished the league's main stage with a score of 4-3 and applied for third place, which gives a place in the Wild Card stage of the March Major. On the eve of the meeting, it became known that Team Spirit would have to play with 🇧🇾Vitaly "so bad" Oshmankevich. The team moved the player to the reserve at the beginning of February, and his place was taken by 🇺🇦Miroslav "Miroslaw" Kolpakov. This decision was caused by the league rules, which don't allow to play with a substitution more than 4 times per season.

Apparently, this factor became decisive, and AS Monaco Gambit managed to defeat their opponent with a score of 2:1. 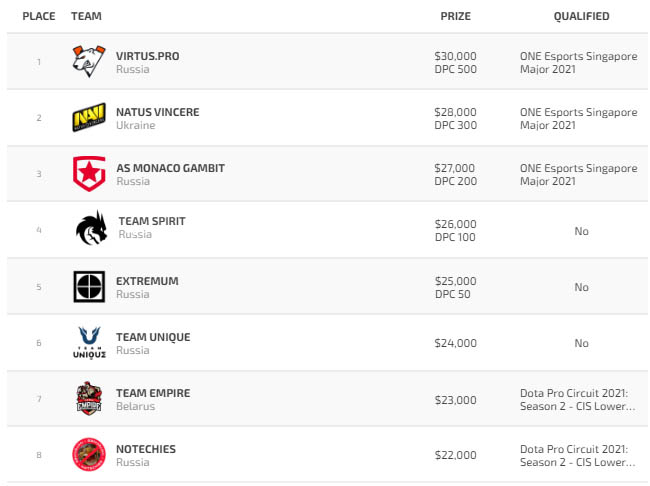 A month later, ONE Esports Singapore Major 2021 starts, where the strongest teams from all over the world will compete for a prize pool of $500,000 and 2,700 DPC points.

In the match of the Lower Division of Dota Pro Circuit: CIS Season 2, Team Empire lost the first map to Prosti Esli with a final score of 0:22, with no single kill. The map lasted almost 29 minutes.

The Russian Esport organization Team Empire announced changes in the roster: 🇺🇦Sergey "Ecnart" Slobodyanyk left the organization, and 🇺🇦Alexander "gwynbleidd" Abakumov was moved to the reserve.

The mid-laner of the Russian Team Unique, 🇺🇦Yaroslav "Pikachu" Vasilenko, left the roster. Who will replace the player is currently unknown. Information about this appeared on the club's Vkontakte page.