A disappointing statistic came from the professional Dota 2 scene. For the past 3 years, the amount of prize money played, excluding money from The International, has been dropping. 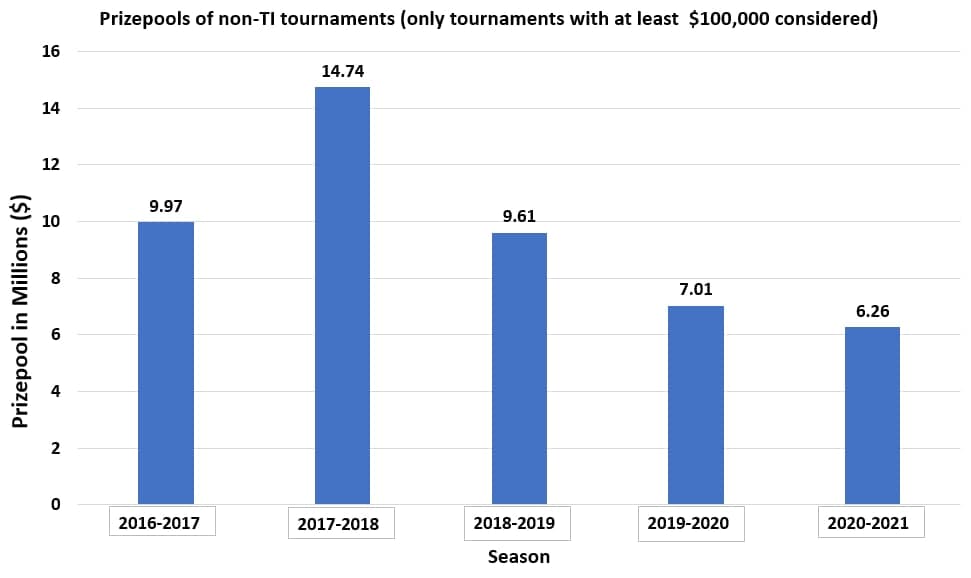 In 2021, the value reached $6.26 million. That is almost a million less than in 2020. And back then, most of the scheduled tournaments were canceled due to the first outbreak of the pandemic and the moving of tournaments to the online format.

The situation for the 2021/2022 competition season is unclear. At the moment, nobody knows if the Winter Major takes place, and tournament operators don't hurry to announce private tournaments. Recall that Valve originally planned to hold 3 rounds of regional leagues and 3 majors.

We have prepared a new update on the Dota 2 professional team ranking. This time, there are a lot of changes due to the end of the DPC Regional Leagues Winter Season and Intel World Open Beijing.

Before the start of the Dota 2 Champions League Season 7, Epic Esports Events made several changes to the list of participants. Virtus Pro and AS Monaco Gambit skip the tournament, while Mind Games and IVY play instead.

Esports organization Gambit Esports has announced that they moved the entire AS Monaco Gambit roster into inactivity. The organization promised to reveal the future of the team soon.