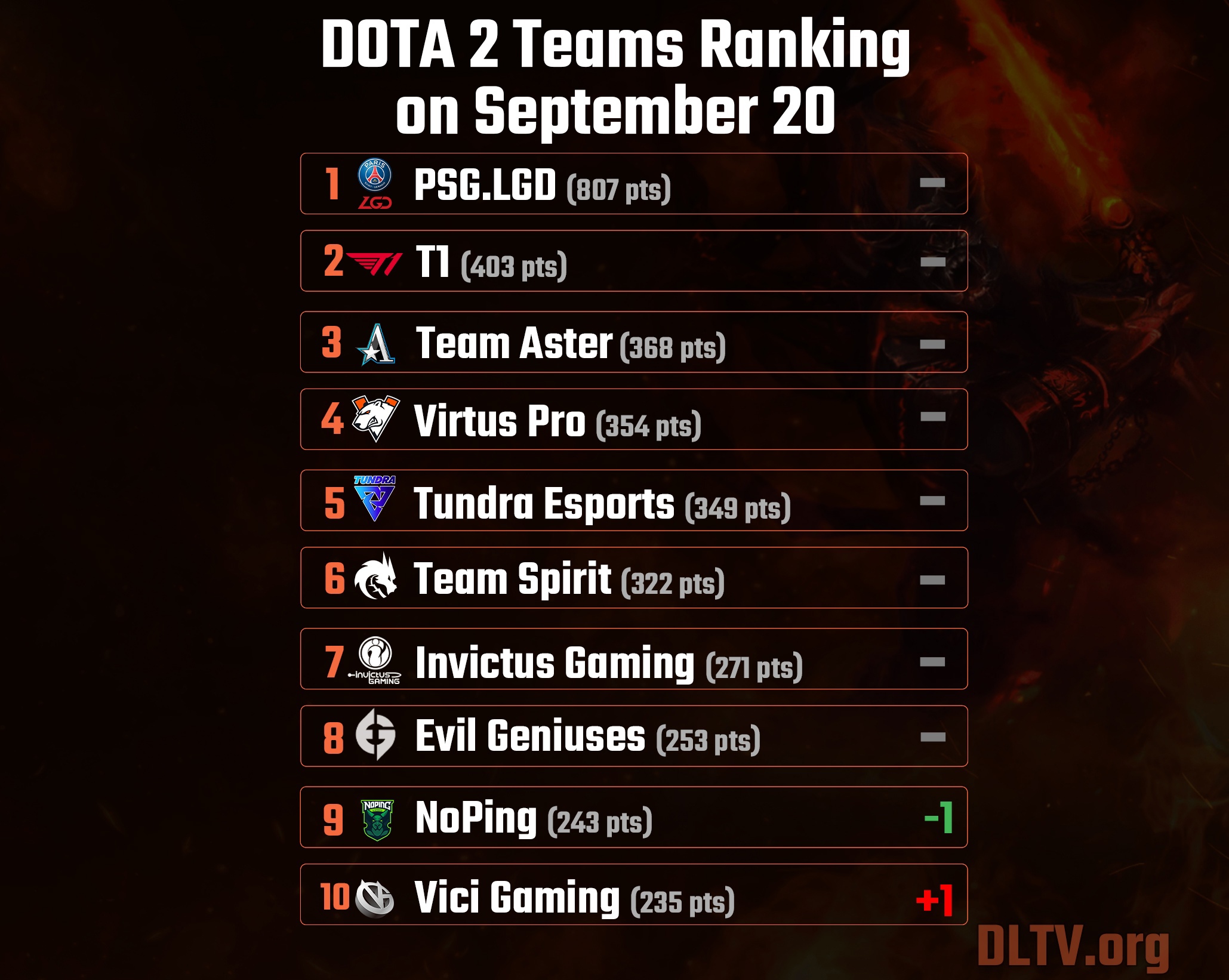 Switching positions between NoPing Esports (9th place) and Vici Gaming (10th place) is entirely due to gaming activity. Thus, the South American team for the week earned 5 wins and 3 draws in the BTS Pro Series Season 8: Americas, while the Chinese team hasn't participated in tournaments since September 5.

Galaxy Racer burst into the second ten, climbing seven lines in one week. Due to an incredible performance in the group stage of BTS Pro Series Season 8: SEA. The team won 6 out of 7 matches they played, earning points for their efforts.

The young and ambitious team from the CIS V-Gaming is in 22nd place in the current ranking, having won Dota 2 Champions League Season 3. In addition, the team has gained incredible form, and over the past 15 games, they had only 1 defeat.

Of course, that's not all of the changes from last week. You can read the complete list — World Professional Team Ranking. Next week may bring us a few surprises due to the conclusion of BTS Pro Series Season 8 in two regions.